North Nibley Chapel was built in 1815 and since then has played a major part in village life, with a large congregation and thriving Sunday school. Sadly attendance and membership dropped over the past 100 years and continued to decline.

In 2013 it was decided with deep regret to close the Chapel doors for the final time.  Many people attended the last service and shared many fond memories of earlier times. Shortly after it closed, a few villagers, saddened by these events, proposed that perhaps the chapel could be reopened by breathing new life into it, to serve God and the local community in a more up to date way.

We reopened in May 2014, when the keys were handed over to us by the Congregational Federation with a new Mission Statement –

To promote and encourage the Spiritual, Physical and Social Welfare of the village and community.  To witness to the Gospel of Jesus Christ. 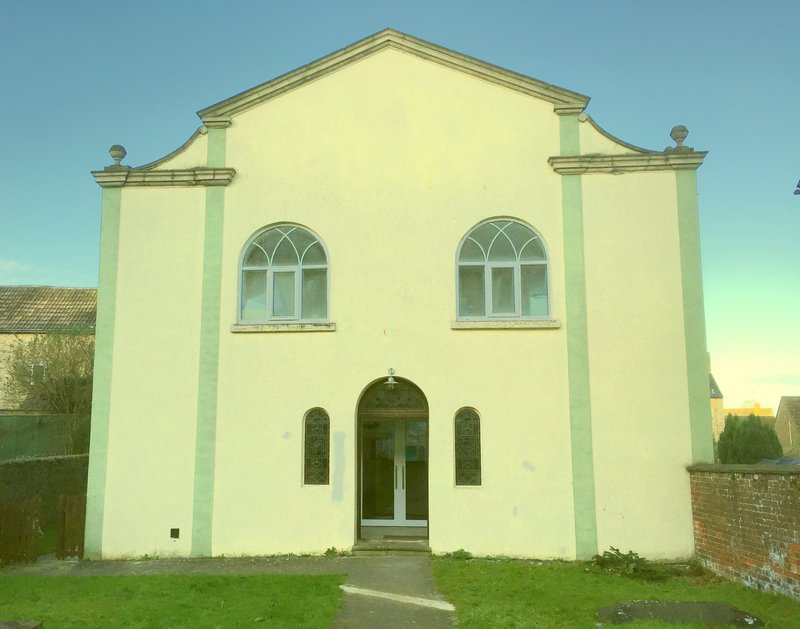 A facsimile copy of William Tyndale’s translation of the New Testament into English can be found in the porch of the Chapel.

William Tyndale was born circa 1484-1496, some say at Hunts Court, North Nibley, whilst others believe in the nearby village of Stinchcombe. He studied at both Oxford and Cambridge Universities and became a gifted Linguist. In the early sixteenth century the bible was written in Latin and Tyndale believed that the bible should be available in English so that it could be read and understood by all in England. His New Testament translation from Greek into English first came to light in 1523 and it is a facsimile copy of this translation that is displayed in the chapel.

2016 saw the 150 year anniversary of the construction of the Tyndale Monument and we celebrated with a 24 hour reading of Tyndale's version with local people taking turns to read continuously throughout the night. Many people came to hear the reading and learn more about the history of the chapel and our village. We met people who had come from Hereford to listen! 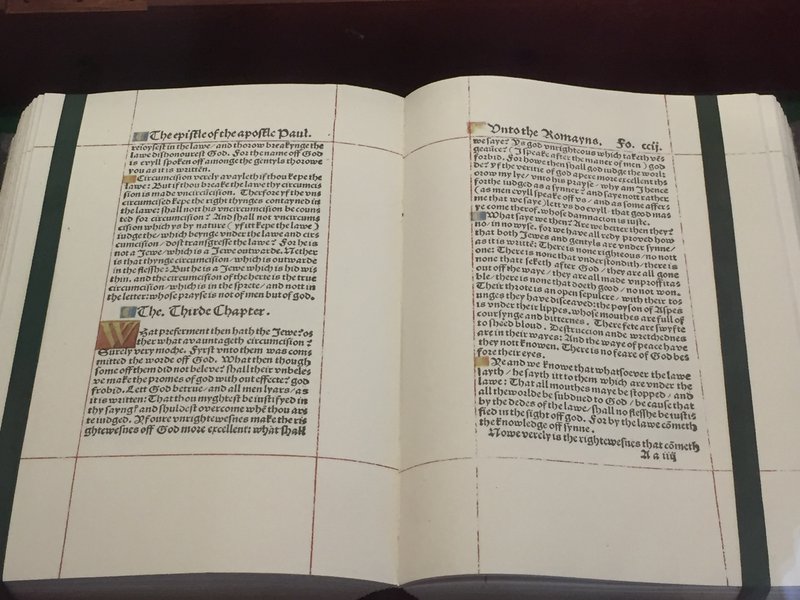 As far as can be ascertained, there has never been a formal history written of the Chapel’s history, but in an attempt to pen something of the progress of the chapel since its inception in 1815, Nona Rushton sorted through piles of records recently uncovered and she wrote:-

As we approach the 200th anniversary of the Chapel it has been fascinating to take a brief look at the history of North Nibley Tabernacle over this time. Hindered slightly by the fact that the history has had to be deciphered from a range of faded eloquent pen-strokes on fragile fragments of paper, and has had to be dug for through the vast quantity of 200 years worth of receipts for everything from cake to candles, it is clear that the congregation has held a key position in the community of the village and that they have been fastidious in preserving every element of the history of their place of worship.

According to an article in an aged (but of unknown date) article from the Dursley Gazette, the congregation had met in the current building since 1833, prior to which they had met in a smaller place of worship on the same site, having had the ground leased to the congregation in May 1815. The first recorded appointment of trustees was in May 1915, after which the next long-overdue appointment of trustees was on the 4th April 1854.

Of the many Ministers appointed over the generations, it was a preacher called ‘ Edward Paxton Hood’ who went on from his first appointment as a congregational minister at North Nibley in 1857 to the greatest notoriety, becoming a celebrated London Preacher, before travelling the world preaching and writing many books, including one about his time in North Nibley!

Not content with being simply a place for Sunday worship, the Chapel set up the “Tabernacle Day School in 1858 in a building built in 1851 on site. Apparently the school could accommodate – if required - up to 120 children in the school, although according to the first report sent to the educational commission, the 1 employed school mistress only had at most 19 boys and 25 girls aged from 3 – 15 years old. Children paid 1 penny each 1st week of the month to reading, writing and arithmetic during the week and the Sunday school held on Sunday had an additional 20 or so children who had attended the day school at various points.

Education was very important to the congregation of the Chapel, as the Will & Testament of member Mr William Hooper proved; He had a charity (“William Hooper’s Educational Foundation”) set up for the Chapel in 1889 to ensure that the Chapel continued to place children - & their education – at the heart of the work of the Chapel.

A number of other generous benefactors to the Chapel also set up Trust Funds, (including Mrs Anne Cook, George Long and several others) ensuring the Tabernacle’s future and enabling various periods of extensive renovation to accommodate the needs of the congregation at those times. Notable renovations at various times included the changing of windows from square to rounded tops, the installation of the “coffin hatch” in the wall directly opposite the front door (as there was not enough room at the doors at either end of the wall to carry a coffin directly into the chapel), the removal of the stable at the back of the building, several new heating systems and regular repairs to the organ which is still in use today.

Each of these periods of renovation demonstrate the long history that the Chapel has with being willing to “change with the times” to ensure they met with what was needed to remain relevant and serving the needs of others; this was done both practically, and financially: along with records showing generous donations to various missionary organisations, and even a letter from the Prince of Wales thanking the congregation for their monetary contribution to the war effort in 1914, even right back in the first pages of the congregation’s first committee book in April 1822, it was agreed that the sacramental offerings should be given weekly to the poorest members of the congregation, proving the Chapel’s long history of looking to demonstrate Christian principles, through worship not only through prayer and study, but through practicality – through caring for the poor and being accommodating to the changing needs of the community that it serves.